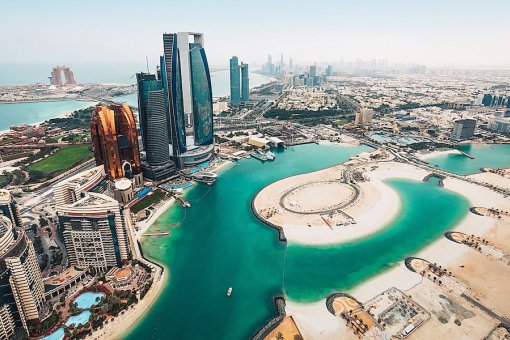 With a new operating license in the United Arab Emirates, Kraken aims to provide access to global liquidity to local investors through AED trading pairs.

In an interview with CNBC, Kraken Managing Director Curtis Ting explains the importance of diversifying trading pairs with local currencies instead of using the traditionally available US dollars or British pounds in global markets.

With the new operating license in Abu Dhabi, Kraken aims to better integrate with local banks and payment service providers. According to Ting, this will help the cryptocurrency exchange provide global-level liquidity in the United Arab Emirates region.

Also See: Emirates Launches Nft And Flies Into The Metaverse

Referring to Dubai’s existing huge cryptocurrency trading volumes (worth over $25 billion a year), Thing added that “the region is ready and they’ve been waiting for a regulated offering like ours.” Operating as a fully licensed cryptocurrency exchange, Kraken will offer pairs to United Arab Emirates Dirhams (AED) for local investors:

“It is really important for us to facilitate access to global markets and global liquidity by ensuring that investors and traders in the region have access to local currencies [trading pair].”

In addition to Abu Dhabi, rival cryptocurrency exchange Binance has already received a license from regulators in two other regions of the Middle East – Bahrain and Dubai .

In addition to the influx of regulated businesses in the Middle East, local companies have also begun to enter the world of cryptocurrencies.

Citizens School in Dubai has begun accepting tuition fees (between AED 45,000 and AED 65,000) in Bitcoin (BTC) and Ethereum (ETH). As previously announced, cryptocurrency payments will be automatically converted to dirhams. Dr. Adil Alzarouni , founder of the school, commented:

“We look forward to enhancing the role of younger generations in achieving the digital economy of the UAE. As more people embrace the digital age, today’s children will become the entrepreneurs and investors of tomorrow.”