This article discusses the prospects for privacy and safety controls on the Metaverse. Some say they will be little more than a screen for Facebook to hide behind. Others are skeptical. We’ll need trust and bilateral data-sharing agreements before knowing whether privacy and safety controls will be available in Facebook’s new virtual universe. Regardless of the outcome, we can look forward to more details on the future of Facebook’s social network.

The impact of Facebook’s metaverse on privacy and security is unclear, and it is still many years away from wide-scale release. But as the number of users increases, so does scrutiny of Facebook, which is already under fire for its privacy and safety policies. The social networking giant has already invested in security and privacy, but the lack of anonymity is troubling. The company also uses a federated identity model, which is risky and unworkable for many people.

The structure of Facebook/Meta is also unique. CEO Mark Zuckerberg personally signs off on almost all major decisions. In many ways, this makes analyzing his motivations more critical than with other companies. This structure allows Zuckerberg to have unilateral control over the lives of nearly three billion people. Ultimately, it makes the privacy and safety of users a top priority. The impact of Facebook’s metaverse on privacy and safety

While the company hasn’t had unfettered access to users’ data and is playing by the rules of app stores, privacy is becoming a more prominent marketing issue for tech giants, including Apple. Facebook launched a campaign against Apple for allowing users to opt out of ad tracking on its devices. But the company’s CEO, Mark Zuckerberg, says the company is working with users to make the metaverse as private and safe as possible.

The company has already been criticized for lax privacy standards and has paid billions in fines to regulators for alleged data abuse. A whistleblower has claimed that documents from the company showed that the company had prioritized profit over the safety of its users. But Zuckerberg responded by saying that the documents painted a misleading picture. While it’s unclear whether or not Facebook is committed to following these guidelines, privacy advocates are cautious.

The Metaverse is a virtual world that Facebook hopes to control. This world will include sensors embedded in homes to collect massive amounts of data. It could give Facebook an additional online monopoly and steal even more of our data. It is possible that the Metaverse could even be a screen behind which Facebook can hide its privacy and safety. But even if Facebook does not have plans to use this new world, it could face legal and regulatory scrutiny.

While it is unclear when or when Facebook will introduce this new feature, some signs that the company is preparing for greater transparency; last year, Facebook established a metaverse team and promoted Andrew Bosworth to chief technology officer. In addition, Facebook announced plans to hire 10,000 more employees in Europe to work on the new technology. Those efforts are welcome, but they should not come without some restrictions.

Currently, many countries are rolling out “data localization” laws that place onerous restrictions on data leaving their country. In this case, the central Metaverse administrator would need to ask for explicit consent from Metaverse users before using their data for various purposes. However, these regulations may become more pronounced as the Metaverse develops. Furthermore, the speed and frictionless data flow are essential for a Metaverse’s smooth functioning. The challenges will be particularly acute for central Metaverse administrators.

While Metaverse is still years away from wide availability, Zuckerberg’s strategy is familiar and has worked before. Facebook has a history of trying to reinvent itself. It tried to build a smartphone in 2010 and then again in 2012. Unlike Snapchat, Facebook’s ad revenue lags far behind its competitors. It’s core social media business is aging. Many younger users have abandoned Facebook’s applications. And its main competitor, Instagram, is losing the attention of young people.

The term “metaverse” was first coined by Neal Stephenson in 1992, when he described a fantastical virtual world that feels as real as reality. Mark Zuckerberg, the founder of Facebook, brings this vision to life. At Facebook Connect, Zuckerberg outlined Facebook’s metaverse project, similar to Stephenson’s novel. The metaverse will be decentralized, and no single company will run it. Instead, a network of players will run the network.

While the concept of a metaverse sounds excellent, it has many problems. First and foremost, the system relies on trust. Without that trust, data can be misused and exposed. Another issue is the lack of anonymity. Power players will be particularly disturbed by the lack of anonymity. This makes a unified identity model risky and untenable. Facebook responded to these concerns during a Livestream and claimed that open protocols would be used. Secondly, Facebook’s metaverse will not require a Facebook login.

While the technology behind the “metaverse” remains largely unknown, its potential to create a virtual reality that is genuinely immersive is not merely a science fiction fantasy. It is also possible that Facebook will use facial recognition to track users’ finger movements, reading their minds, or even reading their minds. If this is the case, Facebook will likely be one of the first companies to take advantage of it. Ultimately, this technology will make Facebook a more beneficial and accessible platform.

Meta’s vision of the metaverse

Facebook, which changed its name to Meta, creates a new virtual world where people can interact and communicate in a shared virtual environment. Meta’s vision of the metaverse is similar to the vision of the fictional world in Stephenson’s novel. The metaverse is a shared, interactive, and connected virtual environment like the internet. The CEO of Meta, Mark Zuckerberg, has a vision for how this new virtual space will benefit society and its users.

The technology that powers the Metaverse includes hardware. Hardware includes consumer and enterprise-facing devices such as industrial cameras, projection and tracking systems, and scanning sensors. Networking, meanwhile, allows persistent connections and high bandwidth to the metaverse. It also enables decentralized data transmission. Compute is another critical component. It enables diverse functions and provides computing power. Its role is to support the metaverse. As the world becomes more connected and interconnected, it will significantly impact economic growth.

The metaverse may be more than just a virtual world, with the potential to influence consumer and business behaviors. It could affect how we spend our time, money, and capability. Consumer and business behaviors will reflect the principles of the Metaverse and may start as fads but later prove to have global significance. Because of this potential, many tech companies and platforms have invested in developing products that make use of the metaverse. If you're interested in the real reason behind Elon Musk's commitment to... read more 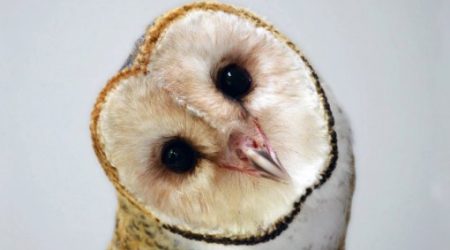