The cost of bitcoin rose to 24 thousand dollars against the backdrop of the publication of data on a slowdown in inflation in the United States. 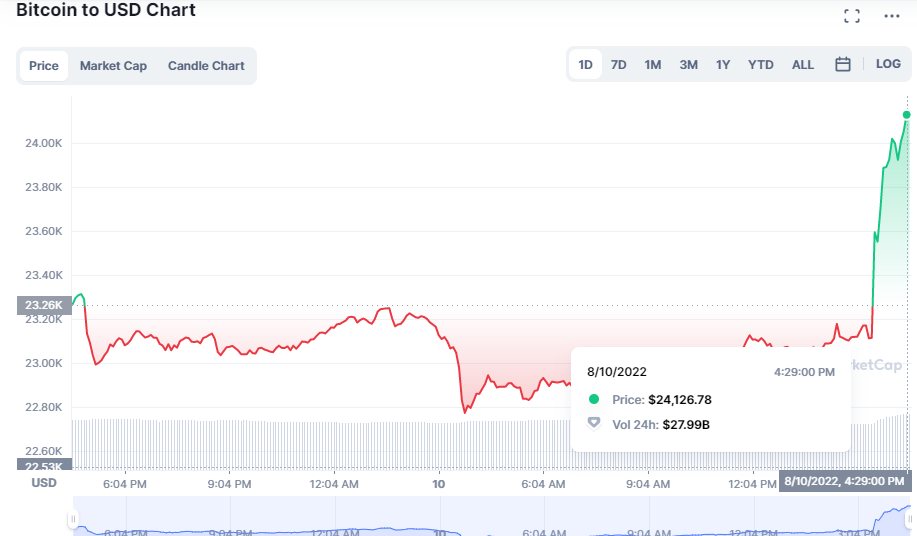 Earlier it became known that inflation in the US in annual terms slowed to 8.5% in July. In June, consumer prices rose by 9.1%. Analysts had expected inflation to slow to 8.7%.