Rich Dad Poor Dad is a 1997 book co-written by Kiyosaki and Sharon Lechter. It has been on the New York Times bestseller list for over six years. Over 32 million copies of the book have been sold in over 51 languages ​​in over 109 countries. Kiyosaki tweeted that the biggest explosion is coming. Claiming that hyperinflation and depression are already here, the famous author recommends buying gold, silver and bitcoin “before the coyote wakes up.”

In addition, Kiyosaki tweeted earlier this month: “Repo market inversion. The last time this happened was in 2008. In 2008 I borrowed $300 million to buy great real estate at great prices. It’s time to get rich. It’s time to be smart.” not greedy.” Emphasizing that weak businesses and greedy investors will fail, the famous author wrote:

“Be careful. Recession and crash are coming.”

Last October, Jack Dorsey, CEO of Block Inc. and the former CEO of Twitter Inc., has predicted that hyperinflation will soon occur in the US and the world. Recently, Mexico’s third richest billionaire, Ricardo Salinas Pliego, also warned of severe dollar inflation. He recommended buying bitcoin. In addition, Kiyosaki warned many times of a massive market crash. Predicting a “giant stock market crash” in October, he noted that the US would fall into a new depression after the crash. He also warned that we are in the biggest bubble in world history.

Last month, Rich Dad writer Poor Dad said the US dollar was about to explode, recommending that investors buy more gold, silver, bitcoin, ethereum and solana. He stressed that the world is in trouble, and the US public debt is off the charts. That same month, Kiyosaki warned that the government would take over all cryptocurrencies. However, he predicted the end of the US dollar, noting that the Russian-Ukrainian conflict is turning crypto into a safer haven than the government’s “fake fiat money”.

*The article is for informational purposes only. Do your own research before investing. ADA Crypto Price History The ADA cryptocurrency is a blockchain built on the... read more 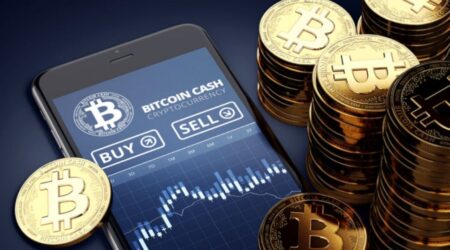 There is a new trend on the horizon in the crypto world... read more